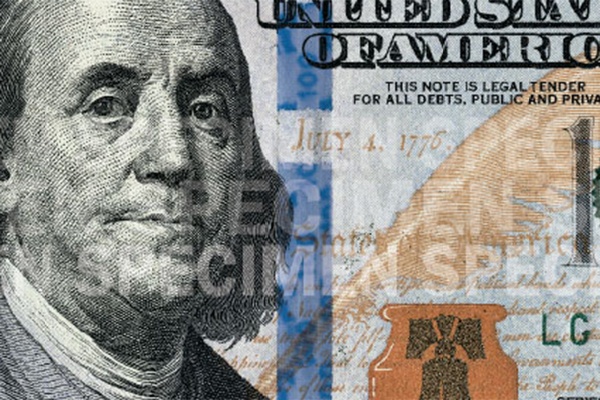 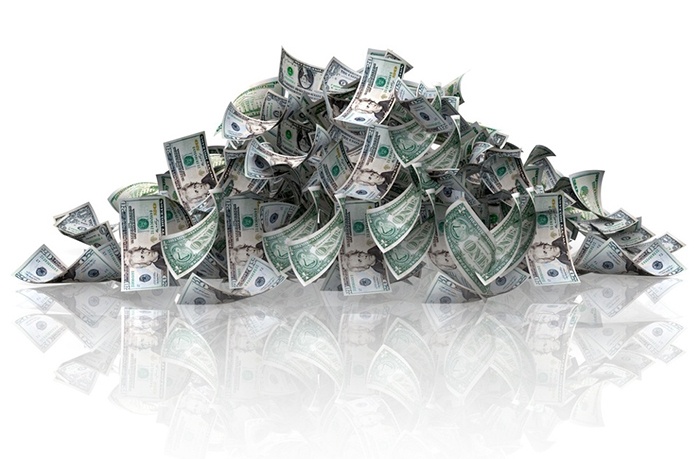 You’ve probably heard it before: “Cash is king”. Ever wonder why that phrase exists?

The reason why cash is important for businesses – and individuals – is that cash provides immediate flexibility to changing financial situations and protection against volatile financial markets. In other words, having a good amount of cash on hand is vital for the health of the business, regardless of the financial circumstances.

Nothing will ever live up to the flexibility and safety of having cash on hand – which is one of the reasons why there are virtually no business that don’t accept cash but many businesses that do not accept debit/credit cards.

Until some other monetary instrument that is more immediate, tangible, and universal than cash is invented, cash will always remain a staple for transactions, no matter how big or small. And this is explains why money is so susceptible to counterfeiting: it is able to be used anywhere.


Why You Need to be Vigilant about Checking Money

And the fact that each issue remains legal tender despite new issues being released further stresses the importance of being vigilant about checking money.

Some countries such as the U.K. render their old currency issues as non-legal tender soon after new issues are released. In fact, the U.K. released a new issue of their £5 note four months ago, and as of midnight May 5, 2017, the old £5 note could no longer be used as legal tender in shops, restaurants, or any other business. For those wondering: the old £5 note can be exchanged for the new £5 note at a bank at which an individual is a customer, the Bank of England, a building society, or a Post Office.

In the United States, however, a new issue of a note does not mean that any of the note’s older issues are no longer considered legal tender.

Take, for instance, the case of the 1953-issued $2 bill that an 8th grader used to pay for her school lunch back in 2016. School officials confiscated the old bill, assuming that it was a fake, but after a bank examined it, it was determined to be a real bill. Even though the bill was over 60 years old and a newer issue of the $2 bill had been released in 1976, the school - as well as any other organization or business, - had to accept the old $2 bill as legal tender.

Businesses have two competing ideals: protecting their bottom line and not alienating customers. And the existence of counterfeit money continually pits those two ideals against each other, as the above points illustrate:

These two competing ideals further get muddled from the fact that counterfeit bills can be produced at such a high-quality that even the most scrutinizing naked eye examination cannot detect whether or not a bill in question is real or fake.

And so, businesses have to make a two-fold decision:

The purpose of the rest of this post is to give an overview of the various counterfeit money detection methods available.

How do you tell the difference between real and fake money? By checking for security features found on all U.S. currency.

There are several different security features on U.S. currency that can either be seen with the naked eye or discerned by touch, helping to develop at least a cursory judgement about whether or not a note is real or fake.

In 2013, the newly designed $100 bill was released, with one more new security feature: a 3-D security ribbon.

To summarize, there are currently 6 key visible security features:

Raised printing is exactly what is sounds like: print that is raised. You’ll notice that real money has a texture when you run your finger along the bill, unlike regular paper that feels smooth to the touch. The areas that feel raised are those that are printed. For example, as seen in the above image, the grooves which make up Alexander Hamilton’s portrait on the 2006-Present issue of the $10 bill are raised.

All issues of all denominations have raised printing.

Like microprinting, security threads exist on each denomination issue released 1990 and later, with the exception of the $1 and $2 bills.

Micoprinting is exactly what it sounds like: extremely small print. The microprinting on each bill are found in creatively strategic locations, according to denomination. For example, as seen in the above image, the 2000-2008 issue of the $5 bill has the text “FIVE DOLLARS” printed within the (left and right) borders.

Some people may find they need a magnifying glass to see microprinting, but most people should be able to see the microprinting - to an extent - with just their naked eyes.

With the exception of the $1 and $2 bills, microprinting exists on each denomination issue released 1990 and later.

Color-shifting ink is describes ink that is capable of shifting, or changing, colors, based on the angle the ink is held to the light. To see the transition between the colors, tilt the note at various angles. The color-shifting ink will either shift between green and black or green and copper. For example, as seen on the above image, the numeral 20 printed in color-shifting ink can be seen at the bottom right corner of the 2003-Present issue of the $20 bill.

A watermark is exactly what it sounds like: a faint image that can only be seen when held up to the light. With the exception of the 2008-Present issue of the $5 bill - which has watermarks of the number “5”, all watermarks should look like a smaller version of the portrait that appears on the note. For example, as seen on the above image, the watermark of Ulysses S. Grant’s portrait can be seen to the right of his portrait on the 1997-2004 issue of the $50 bill.

With the exception of the $1 and $2 bills, watermarks exist on each denomination issue released 1996 and later.

As mentioned above, detecting or not detecting via touch and/or the naked eye the listed security features on a bill in question does not mean that you can say with certainty whether or not a bill is real or fake. Some older bills may have worn areas that make the detection of microprinting difficult or seem off.

Also, the exact measurements and placement of security features are almost impossible to detect with just the naked eye; there exist counterfeit bills that are so well-made that all these security features are placed on the bills so accurately that only a machine is able to detect the minute differences that set them apart from a genuine bill. For instance, how can one be sure that the font size of the microprinting is exactly what the font size should be? There are many potential minute differences that can exist that cannot be discerned without the aid of a counterfeit detector.

If detecting any and all counterfeit bills is what your business needs, counterfeit detectors are the only way to go.

There are essentially two types of counterfeit detectors: manual and automatic.

Determining whether or not the security thread is the correct color and in the correct location is where the human input comes in.

Additionally, automatic counterfeit detectors may check for other characteristics of bills that aren’t necessarily considered security features but are features that are hard to correctly mimic nonetheless. For example, an automatic counterfeit detector may check bills’ thickness. In other words, they may check whether or not the thickness of the bill is correct down to the micrometer, which is certainly beyond the capability of a human to detect.

When it comes to counterfeit money detection, the choice is yours: there are ways to protect against counterfeit money that are free, but that risks the chance that well-made counterfeit bills will nonetheless slip through your defenses and hurt your bottom line. On the other hand, there are ways that have up-front costs but end up paying for themselves relatively quickly considering that there is potentially billions in counterfeit cash currently in circulation.

Whether or not you choose to incorporate a counterfeit money detection measure, always keep in mind that it pays to be vigilant about money.

So far, we have been discussing the problem of counterfeiting only within the U.S., although it... 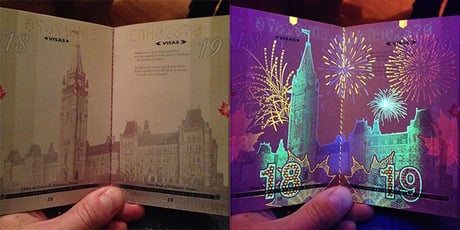 Why UV Counterfeit Detection Continues to Be an Effective Solution

Countries around the world are designing ever-more intricate (and beautiful!) UV security features...