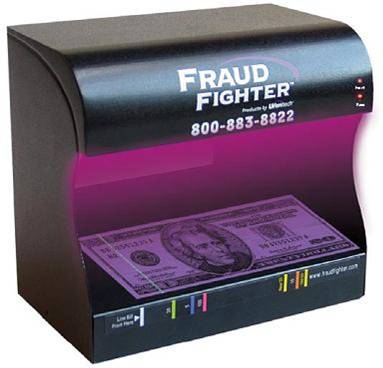 For as long as people have used paper currency, there have been attempts to counterfeit it.  In fact, the Secret Service was originally created to combat counterfeiting by Abraham Lincoln.  It's important to detect counterfeit currency before it's accepted as a payment for one simple reason.  Once the customer is gone, there's no calling them to inform them that they gave you a counterfeit bill and requesting they come back with real payment.

Unless you've got the capability to quickly discern and reject potential fake currency as it's being presented by the customer, you're going to absorb the loss for it rather than simply asking for alternate payment.  There are lots of ways to detect counterfeit documents and money, but which one is the best?  Here we'll discuss the UV Money Detector: how it works, its advantages and disadvantages, and what it means to your bottom line. 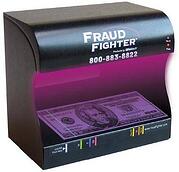 What is a UV Money Detector?

The "UV" in UV Money Detector simply means ultraviolet; as in ultraviolet light. Ultraviolet light is a wavelength of light that is beyond the range of human eyesight, so it is invisible to our eyes.  Most sources of UV light add a visible component to the light so that users know that the light is on and where it is shining. UV light is capable of causing certain chemicals and other compounds to "fluoresce".  This is a very unique physical event where the invisible light is altered by the fluorescent compound and changed into visible light that can be seen by the human eye.

It's common practice to embed not only currency, but things like money orders and passports with security features that fluoresce under ultraviolet light.  Sometimes this security feature takes the form of a number (e.g. a serial number or the denomination of the banknote or traveler check), a picture that's normally invisible, or perhaps even a stripe or pattern that doesn't show up under normal spectrum light.

By passing the document or currency in question under the UV Detector, these security features show up in a way that's not visible under normal viewing conditions.  It's difficult to fake this type of security feature, meaning that a potential counterfeit may look perfectly right to the naked eye, but would appear glaringly wrong when passed through the UV test.

What are the Advantages?

There are quite a few advantages to using a UV Money Detector as a preferred method of detecting counterfeit documents or currency.  UV detection is:

What are the Disadvantages?

Perhaps the only drawback to using UV Detection is that it requires a human being to make a decision as to the authenticity of the questioned document or currency.  It's not a machine that you can feed a dollar bill into and have it turn green if it's good and red if it's bad.  This method requires that users both know what they're looking for in a security feature as well as accurately identify potential fraudulent activity.

This feature will required both specific training of the users, as well as attention to detail during its application in the field.  It doesn't do any good to have a device that will point out counterfeit currency if the employees using it still accept the fakes anyway.

A UV Money Detector is perhaps the best way to detect counterfeit money and documents in a setting where it's applied by knowledgeable staff.  It's relatively cheap, widely used, and easy to apply.  It would make a great addition to the anti fraud efforts of most establishments. 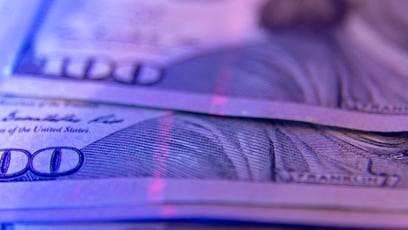 There is a surprising range of counterfeit detector options available in the marketplace today....