At this point, the concept of identity theft has thoroughly pervaded our popular lexicon and invaded our semblance of “security” in the digital space. Word of new security breaches or successful phishing exploits darken our news pages seemingly every week, with every successive hack outdoing the ones that came before.

As we’ve sadly become accustomed to, the threat to one’s identity and financial integrity isn’t just from a hoodie-adorned malcontent, clicking away from an anonymous corner of the internet, or from that “400lb hacker sitting on his bed”. Depressing and infuriating as it is, the person leading you down the path to victimhood may very well be a close acquaintance, or even worse, a direct member of your own family, who may simply be exploiting their knowledge, proximity to documents, or their last name.

No shortage of breaches begets no shortage of reports bemoaning the state and impact of fraud in our economy today. The recently-released March 2021 ID Theft report by the Aite Group is one such publication, leading with the jarring finding that nearly HALF of all Americans experienced financial identity theft in the past two years. 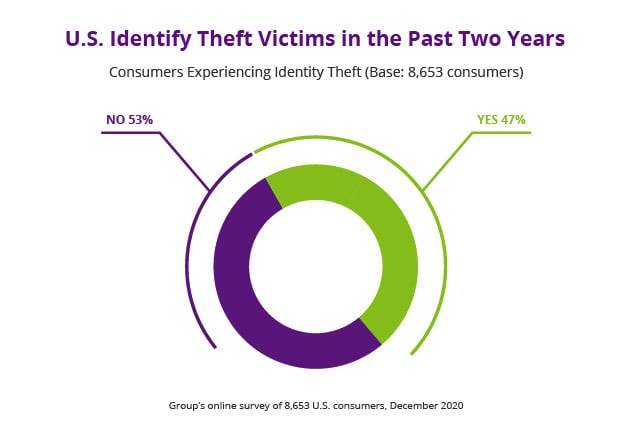 Launched into our consciousness as early as the 1950’s, the term “elder abuse” spoke to the behavioral and financial abuses individuals commit on the older and highly vulnerable members of their own family. This sad narrative is reinforced by endless ID theft & fraud incident reports that follow common themes:

As such, it’s interesting that the Aite Group found that the largest age group of consumers (30%) who were identified as theft victims in the past year were not advanced in age, but actually between 35 and 44 years old. The Aite Group provided no specific attribution or causal link between these “Gen Y’s” and the highest identity theft rate but further elaborated on known-victim fraud trends.

Of those that experienced ID theft (total group, regardless of age), most (27%) cited the unauthorized opening of checking accounts. 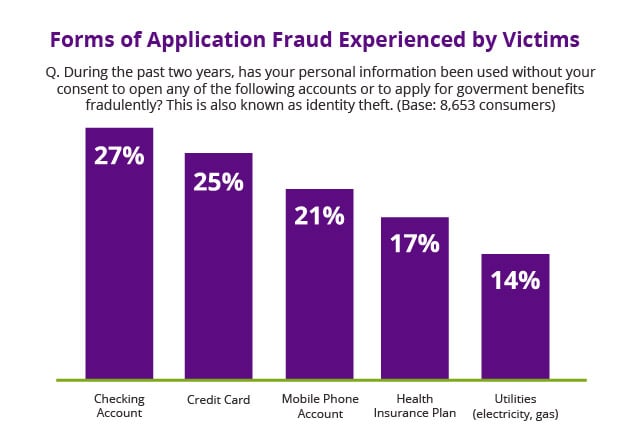 Credit card accounts were next at 25%, meaning that the top two cited fraud incidents occur in the financial institution space.

In terms of fraudster identity, of those who experienced ID theft and had an unauthorized Checking Account opened without their consent, nearly 60% later found the perpetrator to be a direct family member or a close friend.

Again, banks and other financial Institutions need to be particularly vigilant about known-victim fraud, given that credit cards and consumer loans ranked high on the list of products that were part of identity theft.

But what about accounts that are already open, are they also at risk for account takeovers by family members? Absolutely. 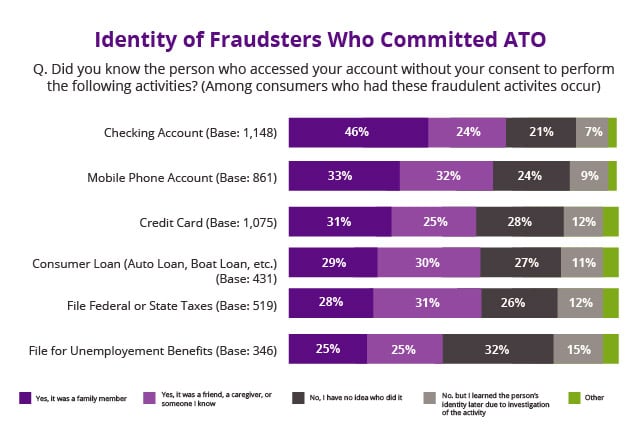 The Aite Group found that fraud committed by family and friends often occurred with wire transfers and P2P payments that move funds quickly (and likely permanently) out of a victim’s account.

Finally, as might be expected, the impact of wire transfer fraud on a financial institution’s customer confidence is significant.

Proactive fraud detection and post-fraud alerts, the Aite Group research emphasizes the importance of preventing fraud in the first place. The challenge that financial institutions face, however, is that known operational security best practices can be countered by those closest to the victims:

In response, UVeritech advocates for an identity authentication methodology first established on:

You need to have full confidence that the customer opening a new account or transacting in/modifying an existing account is who they say they are. This can only be accomplished by obtaining information from an authentic government identity document, that contains an image matching the person standing in front of you, or from a live-taken selfie.

After first obtaining these fundamentals, it is key to have this person’s truth (or falseness, in the case of a failed identity authentication attempt) persist in their relationship with you. Only then should you pursue downstream identity verification steps based on a combination of covert/non-apparent security vectors such as device type, device location, and/or other unique biometric behavioral indicators.

Lastly, while the customer’s individual identity and specific traits data remain confidential to them, the aggregate behavior of your total customer base can be a valuable tool in understanding fraud trends over time and thus informing downstream behavior.

Identity proven over time. Contact us to learn how we help our customers win the fraud fight today and how we prepare them for the battles to come. 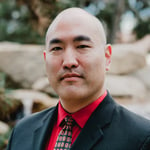