This article addresses the ongoing epidemic of vehicle thefts in this country, first citing nationwide / macro statistics, then drilling down to the specific impacts on auto rental companies.

California, Texas, and Florida claim the dubious distinction as the Top-3 states with the most stolen cars in 2020, with 168,000, 84,000, and 38,000 motor vehicle thefts, respectively. From a closer in, metro perspective, the unfortunate residents of Bakersfield, CA, Yuba City, CA and Denver CO were the likeliest to have their cars stolen in that year. And further, owners of Nissan Altimas, Chevy Pick-ups, and Toyota Corollas are the most likely to find their cars missing when they go to retrieve them in the morning, after work, or from the mall parking lot.

Evaluating those “what happened?” statements naturally leads to “what now?” costs and consequences discussions, with one clear consequence of owning a highly targeted car in those geographic areas being that your auto insurance rates are likely to be higher vs. the fortunate owners on the other end of those lists.

From that macro view, we now segue to a focused discussion of stolen auto rental company vehicles. What happens after fraudsters and thieves make away with rental cars? What are the choices, costs, and consequences facing these vendors?

The macro geographic and car-type statistics understandably don’t facilitate an apples-to-apples discussion, because while the “bad outcome” of stolen vehicles might be shared, the means and methods of theft, as well as other outcome scenarios can be distinctly different.

At UVeritech we all too often, and unfortunately, hear of vehicle theft incidents that result in total losses of the car for the rental company.

It all starts at the rental counter, due to a litany of causes,

A frontline auto rental employee may accept a fake ID presented by a fraudster, and proceed to rent the car. These criminals are often part of a gang coordinating the theft and delivery of many cars to be either 1) stripped for parts or 2) driven to a dock, placed in a container, and shipped overseas to an unscrupulous foreign buyer.

As to the first motivator, the stripped auto parts market continues to rage wide and unabated, randomly targeting both consumer and corporate owned vehicles. As long as demand for legitimate car parts remain high, particularly for “best selling” cars, there will always be a criminal element able and willing to fill a portion of that demand.

Per the National Insurance Crime Bureau (NICB) and their long running database of more than 24 million vehicle damage appraisals, criminals are always after a car’s bumpers, doors, fenders, hoods, and headlights, to fill the repair needs for best selling vehicles such as the Toyota Camry, Nissan Altima, or GMC Sierra pickup truck.

In 2016 & 2017, these specific cars had the highest replacement parts costs in the market:

And so, as mentioned the high demand and resultant high costs for these car parts then spur demand for “alternative acquisition sources”, with criminals ready and willing to fill the supply void with stolen cars.

But what if the rental company and authorities could locate the car BEFORE it was stripped down? What if the car was located via its GPS tracker in time before stripped for valuable parts or before it had entirely departed the country in a shipping container to places unknown?

After location and recovery from malicious actors, the vehicle would require an extensive inspection to assess damage and quantify the repair and remediation costs involved, ultimately leading to decisions whether repairs are even possible or feasible.

According to the FBI’s Uniform Crime Reporting Program, 20% of stolen vehicles in 2018 were recovered, taking an average of 11 days to be found. But unfortunately though unsurprisingly, a good number of stolen cars do not come back in the same condition.

As much as 29% of the recovered cars suffered an average of $1,500 worth of damage or vandalism while they were missing. Cars in the Western U.S. are nearly twice as likely to come back damaged than in the Northeast and Midwest.

And as stated, although the typical cost to repair damages in retrieved cars was $1,500, there's a significant difference in repair cost by region -- car damages in the Northeast US was the most expensive by far, averaging $2,668 in costs, or 2.5x higher vs. the Western U.S.

Repair costs, however, are only one part of the post-retrieval story.

In many cases, the cars that are worth stealing are invariably higher priced SUVs or sports cars that are highly sought after by overseas buyers who cannot obtain the cars through legal means in their respective country. Once driven off the rental car lot, these cars make a run for the border – by way of a shipping port. The cars are loaded into containers and sit on the docks for an undetermined period of time, destined to be loaded onto cargo ships and then shipped off to their ne’er-do-well buyers.

Given intensive investigation, a number of these cars are actually located on the docks, and extracted from their containers. But what often happens afterwards, is that these car are never brought back into service.

The Bottom line – There are myriad and significant costs of:

All these costs essentially and effectively exceed the value of the car, leading to a total declaration of loss.

The stolen car represents one less car in your fleet to supply your customers. How much daily revenue are you losing not being able to rent out that vehicle? How much did the initial and replacement acquisition process cost? What does the replacement car cost, as well as the invariably increased insurance premiums? What about reputational loss? Your lost cars result in lower supply, raising of prices, and decreasing your competitiveness (in both low supply and relative higher prices) vs. your competitors. What are the quantified immediate and long term impacts to your brand?

As with fraudsters who implant and cultivate synthetic identities into bank accounts, as with cyberhackers who are getting better in breaching systems for ransom or capturing sensitive data for downstream ID theft, auto thieves too are accelerating their knowledge, methods, and effectiveness in damaging your company.

At UVeritech we work with auto rental companies across North America to help prevent these losses in time, money, opportunity, and reputation by stopping it upfront at the rental counter. We help reduce risk and loss by providing best-class customer identity authentication solutions in our comprehensive PALIDIN suite of desktop and mobile based modules.

Work with us to plan out a strategy that identifies process and technology gaps, and to then implement a best class identity authentication solution set that prevents the keys from ever being handed over to the criminal in the first place.

Why PALIDIN Requires a SELFIE for Remote Transactions

When you think about the selfie, your first thought likely is not about how useful it can be in the... 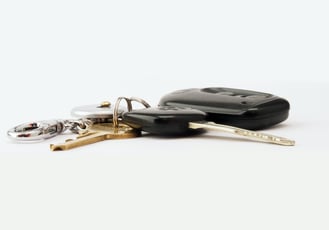 Remote Car Sales – a Playground for the Professional ID Thief

The rate at which Identity Theft is growing in the United States is nothing less than shocking....