Recently, a news story was featured on CBS 2 News Cedar Rapids, Iowa, that highlights the circulation of counterfeit money that has targeted the area.  The town is not exactly the type of market we imagine counterfeit currency thieves to target. We typically associate such a crime with large markets and big scale merchants. The Lion Bridge Brewing Company was the targeted business that had discovered that they had accepted counterfeit bills.

Because the Lion Bridge Brewing Company is a small business that many locals visit, they’ve developed relationships with many of their customers. They did not think that any of their customers would try to pass counterfeit bills at their business. They stated that they never imagined that som

eone would take advantage of them. But, with more than two dozen counterfeit currency incidents, involving counterfeit twenty dollar and one hundred dollar bills, reported in the area within 4 days this is an example that thieves will target any market.

This incident illustrates that every merchant, no matter the size or scale, is susceptible to being a target for counterfeit thieves. The big cities are not the only markets that criminals are targeting.  All merchants should have some type of system in place to verify that the currency they are accepting is valid. Traditional methods of verification are no long the best preventative action. The Lion Bridge Brewing Company, one of the local businesses that were affected by the counterfeit currency ring in Cedar Rapids, said they simply test the validity of the bills by holding them up to a light and looking for the watermarks that are on each bill. Unknowingly, this may not be the best method because crooks have become far more sophisticated in their methods and can duplicate a watermark pretty easily.  The news story mentions Hy-Vee, a FraudFighter customer, a local business that operates a more sophisticated method of cash verification. If the Lion Bridge Brewing Company had a more sophisticated way of verifying the currency they receive, like Hy-Vee, they would have been able to detect the counterfeit twenty and one hundred dollar bills that they had accepted.   Hy-Vee uses our product, the UV-16, to verify the validity of the currency that they receive. This product utilizes a high frequency backlight to verify that the ultra-violet features, that are characteristic of each bill, are present on each bill. The UV-16 is a great verification device that has circumvented the acceptance of counterfeit currency. 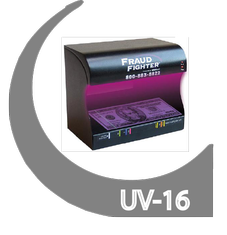 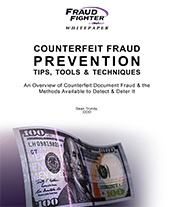 For as long as governing bodies have released official documents and notes, counterfeiting has been...