To deter or prevent illegal activity including terrorism and money laundering, Bank Secrecy Act compliance requires verification of a client's or customer's identity (see prior post: BSA/CIP Client Identification and Verification Requirements) and the reporting of large cash transactions.  This post will focus on the $10,000 Rule for reporting cash transactions.

The Rule states that any person who receives more than $10,000 in a single cash transaction, or a series of cash transactions, must report the exchange to the IRS. This includes businesses as well as individuals who engage in a transaction that results in the transfer of cash so long as the payment:

What this means is that if you purchase a car for 11K and pay cash, that exchange would be a single reportable transaction.  If you are making cash payments on the car for less than a year, that too must be reported.  However, if the payments are made over a period in excess of 12 months, that transaction would not need reporting because the amount paid in any given year is less than the $10k threshold required.

A reportable transaction relates to the underlying transaction that results in the transfer of cash.  These include but are not limited to: 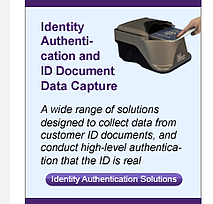 For example if I am buying a car for $9,000 and an extended warranty for $1,500, the total of $10,500 would be a reportable transaction.  Even if you buy the car on Saturday and return to the dealer on Monday, 48 hours later, to buy the warranty the dealer must report the transactions because the two are considered related transactions.

It is important to note that sales tax is not included in the calculation of price for purposes of reporting under the Rule.

Cash is of course U.S. coin or currency.  Cash also applies to currency of any other nation.  Cash can also be a cashier's check, money order, certified check, traveler's check or bank draft if:

These monetary instruments will also be considered cash if the business has actual knowledge that the payer is trying to avoid the reporting of the transaction.  That last is a sort of industry self policing requirement.

Because cash is considered the currency of any other nation as well as U.S. currency, for Bank Secrecy Act compliance, converting (exchanging cash for cash) Euros, or yen into dollars is reportable if the amount converted is over $10,000 in a single transaction or related transactions.

How And When to Report the Transaction

Bank Secrecy Act compliance mandates that the reportable transaction be reported to the Internal Revenue Service no later than 15 days from the date the cash was received.  Reporting is done on IRS Form 8300 (click here for a PDF of form 8300).  IF payments are made, the form must be reported 15 days after the last payment that pushed the payment amount above the $10,000 threshold.  If this occurs more than once in a calendar year, form 8300 must be submitted each time a payment is made that pushes the total above the $10,000 threshold.

Failing to file form 8300 is a violation of both Bank Secrecy Act compliance and the Internal Revenue Code.

It is important to note that a failure to furnish a written statement to the Payer in January of the subsequent year carries penalties similar to that of a failure to file with the exception that an intentional failure to furnish carries a $250 dollar penalty or an amount equal to 10% of the aggregate total amount, whichever is greater (with no limit).

Bank Secrecy Act compliance is a necessary part of doing business in the United States today.  While not particularly difficult, complying with the $10,000 Rule requires a commitment to a process that will insure regular and frequent reporting so as not to find your organization subject to significant fines and penalties.  Bank Secrecy Act Compliance, in this instance, is as simple as filing the correct form with the IRS.