Think back for a moment to your holiday shopping. Out of all the gifts you bought, how many were paid for in cash and how many by credit cards? Chances are you were one of the majority of Americans who used credit cards more often last year than the year before. Indeed, credit cards are fast becoming the most common form of payment, which is good news for consumers. It is also good for identity thieves, who rely on the prevalence of credit and debit cards for a steady steam of stolen personal information. Obviously the news is not so good for all the retailers that have to struggle with the onslaught of fake credit cards as a result.

Here is the link between credit card fraud and identity theft. An enterprising fraudster sets up a system for unobtrusively stealing credit card information of hundreds (and sometimes thousands) of victims. The credit card info then gets imprinted on newly-made fake credit cards, and the thieves go shopping at nearby stores. We have profiled previously one popular method of obtaining victim info – hacking into financial institution databases – in a story on a British teenager who caused $16 million in fraud. But there's yet another widely used identity theft form: credit card skimming.

In some ways, credit card skimming is even an more sinister method, perverting the bond of trust that exists between a small store and its customers. Fraudsters stealthily place a small “skimmer” device over a credit card reader of a local shop, so that every swipe is not only recorded by the store, but by the thieves as well.

Here are two actual examples of skimming from just the last week. In the tiny community of Sierra Madre in California, 175 cases of identity theft and credit card fraud were just traced to a local gas station. Victims used their cards at the station from December 27th to January 3rd of this year, and soon after discovered unplaced charges or ATM withdrawals on their cards. On the opposite coast, in Bay County, Florida, Sheriff's investigators linked a spike in credit card fraud over the holidays to the “Half Hitch Tackle” bait shop. Nearly all the victims who reported unauthorized charges had recently used their cards for a purchase at the Half Hitch Tackle. 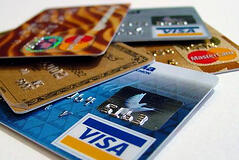 There are several important takeaways from these stories. First, identity fraud can strike any business, anywhere. While it is tempting to believe that small shops in sleepy communities get overlooked by credit card thieves, in reality they can make as tempting of a target as the large chain stores. Second, and even more importantly, the effect of identity theft and credit card fraud extends far beyond just the initial crime. No matter if the skimming occurred at the other store: fraudsters spread out all over the community on a shopping spree with the stolen credit card numbers. They will eventually reach your store as well, and if not caught in time they walk away with not only merchandise, but your customers' trust as well.

Trust is an absolute must for business success: as we reported in October, many credit card fraud victims change their shopping habits to avoid stores involved in the fraud, or just spend less money altogether. They do not differentiate between stores that originate the card fraud and stores that perpetuate it. In other words, the ones with the skimmers suffer just as much as the ones that accepted the skimmer-created fake cards. Once the bond of trust is broken, once customers lose the impression of safety within that store, they defect in large numbers; and for a small business in a small community, where new customers are hard to come by, this can be a crippling loss.

One final takeaway: no matter their location, small businesses need to protect themselves against counterfeit credit cards. Or risk the customer loyalty, which they spent so long to cultivate, disappear. Right along with the customer base.