How a Teenager Caused $16 Million in Counterfeit Fraud 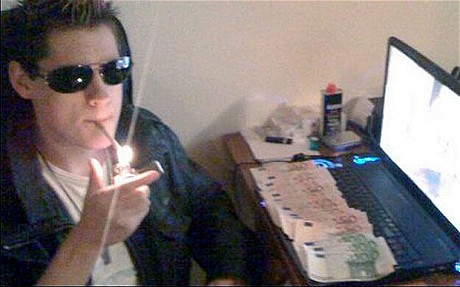 On the heels of last week's story about Australian airline tickets bought with counterfeit credit cards comes a new story out of UK about a four-person ring led by a charismatic 19 year-old with a laptop full of hacked credit card numbers, who helped steal up to ₤12 million (16.3 million in U.S. dollars) from their victims.

Nick Webber, ironically the son of local politician, was arrested along with three others and charged with conspiracy to commit fraud. According to UK's Daily Mail newspaper, Weber ran a website selling stolen credit card numbers as well as instructions on creating computer viruses and hacking into online bank accounts. At the time of his arrest, his confiscated laptop contained 100,000 credit cards numbers worth a total of around ₤12 million. Allegedly, American accounts were offered for a shockingly low ₤2 apiece, with EU ones selling for ₤3 and UK for ₤4.

It would be bad enough for Webber and his co-conspirators, all aged 21-22, to operate alone, independent of any other fraudster or group of fraudsters. Even considering everything they had at their disposal, four people would hardly be able to walk away with millions in merchandise before being noticed. However, Webber represents a new breed – one not afraid of co-operating with other criminals, and as a result greatly multiplying the damage they cause. He figured out there was more safety and profit in distributing stolen accounts than using them for himself, and his efforts have been traced to ₤8 million in losses from 65,000 bank accounts worldwide -- so far.

Retailers should regard this as an alarming trend. Where before fraudsters and credit card thieves worked solo, limiting the losses they caused, the new generation symbolized by Webber distribute both the materials to commit the fraud as well as the knowledge necessary to use them. With the cost for this set at an absurdly low level like ₤2, anyone with the desire to commit credit card fraud can now obtain the means.

This diffusion of potential credit card fraud means stores must likewise their vigilance and anti-fraud efforts. The physical process of cloning credit card is still arduous, and many fakes can be easily detected with the right equipment. However, the old mentality that this kind of fraud affects only a few stores must change – both Webber and company, and the Australian ticket fraudsters are proving that the dangers to merchants is growing, both quantitatively and qualitatively. 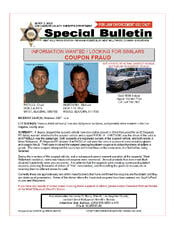