When your customer loses money to fraud, you lose their confidence

The holiday shopping season is fast approaching, and along with the rush to the stores comes the inevitable uptick in fraud. Unscrupulous characters will once again try to slip through the cracks by using fake credit cards loaded up with stolen information to take advantage of overworked, undertrained temporary seasonal retail employees. So before the rush begins, financial institutions and merchants both should take a moment to reflect on the current state of retail fraud. A new study conducted by Lexis-Nexis and Javelin Research shows in stark numbers just how much money is lost to fraudsters, and where the current trends are heading.

To gain this broad perspective, it is important to first understand not only what fraud is, but also how it affects its victims. While retailers are most immediately on the hook for a fraudulent purchase, in many cases so are the banks and financial institutions that process payments from the fake sources. Then there's the buyer himself, who although protected from any known fraudulent activity, still has to remain vigilant by scanning their financial records to actually detect any unauthorized charges. Contrary to popular belief, consumers do lose their own money on fraudulent transactions, and these losses do significantly affect both the merchants and the banks they use.

We will go into considerably more detail on retail fraud's effect on each of these groups: Consumers, Financial Institutions, and Retailers. This post will focus on consumers, highlighting the ways in which they deal with fraud and the implications of their attitudes on their dealings with retailers and financial institutions.

Last year, identity fraud affected 11.2 million US residents, or close to 5% of the population. The total cost, both to merchants and consumers was $54 billion. A little long division yields $4,800 as the average fraud loss per victim – not as high as the amounts seen earlier this decade, but still quite large in absolute terms. While merchants and financial institutions bore most of these costs, some losses were still passed down to the fraud victims themselves. Through lost wages, unreimbursed losses, and legal fees the mean cost of fraud to a consumer last year was $373. 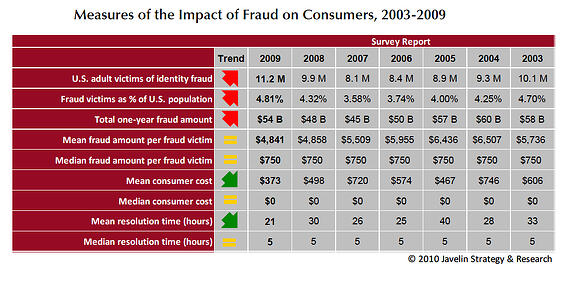 We cite this number for an important reason – whatever affects the consumer likewise affects the businesses or services they use. Most obviously, money lost by the victims is money they cannot spend in purchases; but more to the point, they tend to react to fraud with an overabundance of caution. Consumer losses impact merchants as well: the Lexis-Nexis study found 36% of victims reported they will avoid certain merchants as a result of fraud on their account; 17% said they will switch their primary bank or credit union; and 27% decided to generally spend less money. 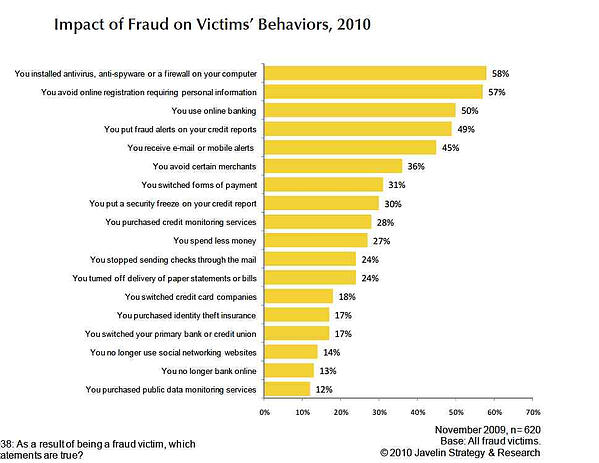 What can your business do to minimize losses from fraud and customer attrition? We suggest a comprehensive approach shifting focus from fraud resolution – that is, informing the customer of fraud on their account and taking steps and restore their losses – and towards fraud prevention, or identifying a fraudulent transaction at the point of sale, before it even happens. There are several ways this can be accomplished:

As widespread identity theft and retail fraud becomes increasingly prevalent, customers will gravitate to those retailers that seem to be actively taking steps to protect their interests by taking proactive steps to mitigate fraud at the point of transaction. A recent report by... 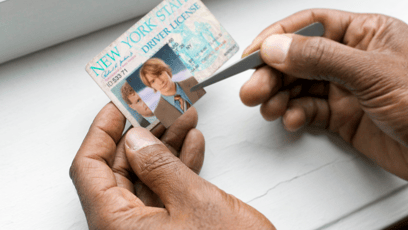 ID Fraudsters are getting Better and Faster.  Are you keeping up?