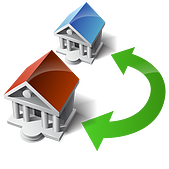 One lesser-known result of the September 11th terrorist attacks was a comprehensive re-evaluation of the way the financial industry tracks transactions. Because the hijackers were able to receive funds from abroad without triggering any alarms within the financial institutions involved in the transfers, Congress's 2004 “Intelligence Reform and Terrorism Prevention Act” established greater Treasury Department oversight of financial transactions in an effort to deter financial fraud. The IRTPA also called for full adoption of the “40 Recommendations” to combat money laundering drafted by the Financial Action Task Force, an international anti-terrorist organization. These included verifying the identities of both sides of the transaction, and performing due diligence on the nature of their business relationships as well as the transaction itself in order to facilitate fraud prevention.

Notably, the IRPTA did not address specific problems with international money transfers. Currently, domestic financial institutions are required to report suspicious transactions of any amount and all transactions of $10,000 or more, but the rule is easily circumvented by structuring transfers over time or multiple banks. To plug that loophole, the White House is enhancing the 2004 act by introducing a set of new regulations requiring banks for the first time to report on wire transfers crossing the $1,000 dollar threshold. Financial institutions would submit into a government database information such as senders' and recipients' names and addresses, account numbers, and in certain cases drivers' license or passport numbers. The White House proposal also requires bank and financial institutions to submit annual reports with the social security numbers of all wire transfer senders and recipients.

The proposal has met with widespread criticism, mostly on the grounds of privacy. We, however, side with FinCen, which said these regulations help cross-reference financial transactions, "following the money" in international transfers across multiple times and institutions. FinCen's spokesman commented to the Washington Post that where current regulations reveal only the “individual trees” of financial crimes, the proposed changes will enable his organization and others to “see the whole forest”. 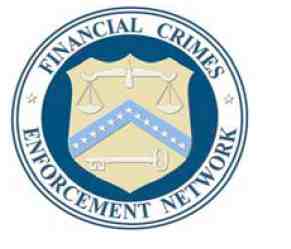 We do not minimize the privacy implications of the new rules; rather, we consider them simply outweighed by the protection from financial crime, and in particular terrorist financing, the new law would bring about. Today's antiquated financial regulations make it all too easy to hide criminal activity – take, for example a recent case involving Wachovia Bank processing over $400 billion in South African drug cartel money (which cost them a $160 million fine from FinCen). If the new regulations were in place at the time of Wachovia's violations, they almost certainly would have been reported and noted. In short, new regulations utilizing the latest in technological advancement need to be added – not only to detect and prevent fraud, but as a national security imperative.