Here at Fraud Fighter HQ, the focus this month is on the newest and fastest-growing avenue of financial fraud, in the real estate and mortgage businesses. We want to draw attention to the rising danger to consumers and especially to businesses of the rising tide of mortgage fraud scams. And what a rising tide it is! According to 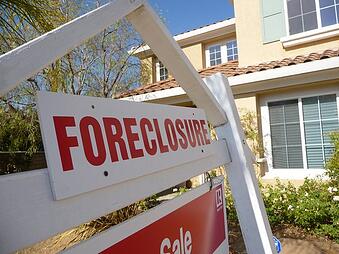 statistics assembled by MortgageDaily.com, an online mortgage news outlet, the number of active fraud cases has jumped by 55% from the first to the second quarter of 2010. Meanwhile, the Wall Street Journal reports known losses from mortgage fraud are on a similar upswing, by 17% in 2009 as compared to the previous year. Roughly $14 billion in loans, says the WSJ, were taken out with fraudulent documents, with most of those losses suffered by the banks and financial institutions originating the loans. And the FBI notes that while 2009 saw a modest 5% increase in mortgage fraud-related Suspicious Activity Reports filed by banks and lenders, the first half of 2010 has already gathered more SARs than all of 2009. In other words, by almost any measurement mortgage fraud is matching levels not seen since last decade's real-estate boom. For banks caught off-guard, believing the mortgage lending slowdown meant a mortgage lending fraud slowdown, this can be a troubling development.

In those boom years when the mortgage market quite resembled the Wild Wild West, few effective laws governing lending made mortgage fraud extremely easy to perpetrate. No-Document loans required little proof of the borrower's identity – usually their credit scores were enough to obtain a mortgage – allowing unscrupulous agents to use a “straw buyer” to supply the scores and walk away with the loan money. For an added layer of anonymity, the straw buyer could form a Limited Liability Company on the cheap, for the purpose of a single fraudulent transaction only.

Regulations since have become relatively more stringent, but fraudsters too have stepped up their game: no longer content with merely recruiting straw buyers, they take the initiative to find or steal buyers' identities for application use. Straw buyers remain the method of choice for mortgage scams, according to Reuters, the only difference now being the straw buyers are often unwillingly – and unwittingly – recruited. ID theft goes hand-in-hand with the increase in mortgage fraud.

ID theft, too, can be executed in a variety of creative ways, as the WSJ story shows. A landlord in Phoenix intercepted mail addressed to his tenant, using it to obtain a drivers' license in their name and using the license to take out a cash-out loan for over $300,000. A New Jersey-based LLC flat-out bought the identities of several high-income individuals for $15,000 each. More alarming than these relatively complicated and dangerous means, however, is the ease with which fraudsters can obtain the needed information simply by asking for it. Sometimes, it really is that easy.

The FTC has a currently running demonstration on just how naïve consumers can be. Two months ago the agency formed the “Esteemed Lending Services” company, which, though existing only online, touted its record and the ability to find a loan to fit any

situation. So far, 3,500 people have taken the bait. The FTC of course stops just in time: after clicking to sign up with ELS, users are greeted with a big announcement reading “FAKE”, warning further that anyone responding to a similar ad “might have been scammed”. Actual scam companies offer no such warnings and are often even more convincingly designed.

Ultimately, the burden of separating out the real borrowers from the fake falls on the financial institutions handing out those loans. This is not only a matter of the normal course of business, but also of law. Banks and lenders are required to perform due diligence on all borrowers, and federal law provides severe penalties for anyone proved to be shirking those duties. We will talk in detail of the risks of non-compliance, as well as what are the most cost-effective and most secure methods of guarding against both fraud and issues of non-compliance, in posts later this month. Meanwhile, stay tuned as we bring you more stories illustrating the risks of mortgage fraud to all lenders.

In a short new series, Fraud Fighter will profile a variety of high-fraud cities across the country...