What is a Notary Public?

A Notary Public is a certified member of the community whose primary job is to successfully verify the identity of the signer on important documents such as deeds, loans, applications, and more. They serve as an unbiased and impartial witness and by authenticating the identity of each signer, notaries can help prevent fraud and identity theft in their communities. They are crucial to legitimizing transactions in our society and therefore, carry a large burden as the official certifier.

Why do we have Notaries?

The origin of the Notary Public comes from Roman civilization and have continued to play a role in numerous societies over the years since. The reason? The process and official act of Notarization establishes trust in our document transactions. The Notary Public ensures both that the person signing the document is who they say they are and that they are a competent, willing signer of the document. Neither could be determined simply by looking at a signature on a document.

While laws for notary conduct vary from state to state, the general principles stay the same. The signer must be authenticated and sign their document of their own volition. Notaries often keep detailed records of each notarization they conduct and add their individual seal to each notarized document.

Notarization may seem like a simple job, but with identity theft cases continuing to rise year after year, it is increasingly crucial for notaries to be thorough. Experts from around the world agree that the rate of identity theft is alarming. Michael Chertoff, former U.S. Secretary of Homeland Security, even stated that “In the 21st century, the most important asset that we have to protect is the control of our identity.”

There are several commons ways a Notary Public can make a mistake during a signing. A few of these slip-ups are directly related to verifying the identity of the person signing the document, such as:

1. Failing to have the signer appear in person


Although online notarization is allowed in several states now, many still require a personal appearance of the signer for a document to be legally notarized. The in-person interaction also gives the notary a key opportunity to verify the presented identity document. Failing to meet a signer in person could result in a civil infraction for the Notary, or in more extreme cases, a felony.

It is always important to know your states’ individual laws as some have allowed for an increase in online notarizations due to the pandemic. The state of New York, for example, recently passed a new law to allow for remote notarizations.

2. Failing to correctly authenticate the identity of the signer

Rules for verification of an ID vary from state to state, but all leave a hefty responsibility on the notary. Glancing at the ID of your signee is not enough to correctly authenticate their identity. It is important to familiarize yourself with the security features of the ID types used in your state and surrounding states. These features can range from common watermarks, raised printing, and more advanced UV markings. Make sure you hold the ID physically in your hands for inspection. IDs can vary widely, and fortunately, there are several driver’s licenses guides available to help aid in visual verification.

Second-level security features are designed to be seen only when using the proper tools such as magnification, barcodes, and UV markings.

While a handful of security markings can be mimicked by fraudsters on fake IDs, UV markings are trickier for them to replicate and therefore is one crucial method for identification. Having a counterfeit detection device that highlights the UV markings on an ID can help you feel more confident that the signer is in fact who they say they are.

But because UV sensitive fluorescent ink is now a commonly included feature in fake IDs (easily and cheaply sourced online) UVeritech recommends specialized identity document scanners that work alongside a Windows PC or function on a mobile phone. Our PALIDIN suite of ID authentication products forensically interrogate documents such as Drivers Licenses, Passports, and many other global identity credentials to ensure Notary Publics know exactly who their clients are.

What are the consequences of a Fraudulent Signature?

The consequences of a fraudulent signature can often be quite grave. In one incident, a fake signature on a quit claim deed almost lost a family their home in Memphis, TN. It is often the victim of identity theft who suffers most when a criminal signs a document using their personal information.

What about the responsibility to the notary? If notary is unable to prove that they did their due diligence in authenticating the ID, they could be held liable. Consequences could range from fines, losing their license, to a possible felony depending on the circumstances. However, if they can verifiably prove that the proper steps were taken to authenticate the ID, they are no longer accountable for fraudulent signatures. Therefore, it is important for each notary to keep a journal of all signatures acquired with a detail record of the transaction, customer, ID information, and any notes on the verification method used to determine the document’s authenticity (i.e., signatures matched, picture matched, and issuing authority’s security features ((such as UV, Infra-red, holograms, etc)) were present and correct). 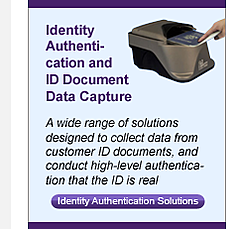 Protect Yourself From IDentity Theft

The Federal Trade Commission reports that over 9 million Americans are victims of identity theft... 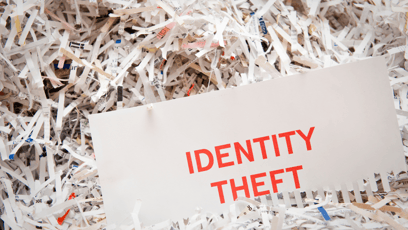 Identity theft cases are on the rise. Again. Year after year cases continue to skyrocket and are...