So what is EMV?  It is the card system known as Europay, which is the standard for Visa and MasterCard in Europe. Instead of storing the user’s account information on the magnetic strip, the account information will be stored in the chip. Additionally, a Personal Identification Number (PIN) will soon also be required. Although the PIN is not a requirement in the US this will soon become the standard and the required signature will be phased out.

The main driving force behind this transition to the EMV card system is to prevent card related fraud. The chip not only stores the user’s account information. It also generates a one-time unique code for each time a purchase is made with the card. If the data is stolen from the merchant’s system, the unique one-time code makes it impossible for this data to be used to create counterfeit cards. This will help prevent large data breaches from striking merchants.   According to the Federal Reserve Bank of Kansas, the transition to chip embedded credit cards could reduce credit card fraud by 40%. (Richard Sullivan). Currently the estimated annual cost of card fraud in the US is 8.6 billion dollars per year so the implementation of the EMV card system would be beneficial for the parties whom are liable for losses suffered by card fraud.

Where does this leave merchants and the financial institutions? The transition to the EMV system would mean that merchants would have to purchase new card readers and financial institutions would have to purchase new EMV-compliant cards. Some of the major credit cards companies, such as VISA and American Express, are offering merchants incentive packages to help relieve the cost of the conversion. The total estimated cost for companies to convert to EMV-compliant system is expected to be $8.65 billion dollars according to Javelin Strategy & Research. Although the cost for the new EMV system technology is dependent on the size of the merchant, the purchasing of EMV-compatible systems, for smaller sized merchants may not be a financially sound decision at the moment.

What if you’re a merchant that is not ready for the change? What if you’re not financially ready to make the change? For those merchants and financial institutions that are not ready to make the transition to the EMV system, should at the very least, be equipped with a multi-layered system of security. To avoid fraudulent credit card transactions, merchants should not only ask for an ID when accepting a credit card but they should also verify the authenticity of the ID document. Merchants should be verifying that the identification not only matches the card but that the person who is presenting the identification document is using an authenticate ID document, to ensure the customer is not using a stolen credit card. Verifying the ID of the consumer is the first line of defense that can greatly alleviate losses suffered from credit card fraud.  Identity authentication can be achieved by checking the ID documents for various security features. Most ID documents such as state ID and state-issued driver’s license include UV security features. By checking the for these UV features you can ensure that the customer is presenting a valid ID. FraudFighter has two products, the ID-150 and the Penta ID-Scan, that reads ID documents and checks for the data and features that should be found on each ID document.  To find out more about these identity verification products and how we can help you visit our website. 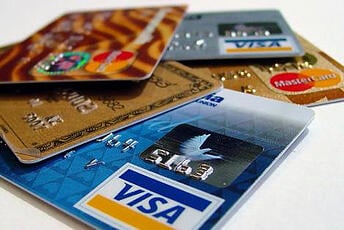